On Wednesday, we went to the National History Museum in London. I’d already suggested to Stuart that it would be nice to spend a family day going to London to the museums. I have wanted to take Callum to see the dinosaurs in the Natural History Museum for ages so that’s primarily what we had decided on and if there was time maybe we’d visit another – Ha! Anyway, as luck would have it, Callum came home with his homework book and the latest project which was to be dinosaurs! Bonus! This was one project and homework topic Callum and I could put some effort in – I confess we are a bit slack usually!

My memory of going to London museums when I was little was on a school trip that would be one museum in a whole day but would involve going around it several times answering questions etc and would obviously include the coach trip there and back and lunch. The other time I went was with my friends Grandma and we got on busses and went to a couple of museums in the same day. Things have changed! Yes it was half term but wow! The queue was snaking around, back and forth forever. We got there about 12noon so we decided to go and get some lunch instead and see whether the queue was any better afterwards.

When we came back we saw the queue for the accessible entrance (for wheelchairs and pushchairs) and thankfully it seemed a bit smaller and moving fairly quickly. The other queue was still huge and hardly moving. We ended up queuing for about 40 minutes. We had been warned that we needed to queue for the dinosaurs too so we headed straight there. Yep, the queue said an hour. Thankfully, it moved quickly and again I’d say it was for about 40 minutes.

We had splashed out the fiver for a guide too. They had a generic version and a special children’s version which had games in which was really nicely done and cost the same amount. This helped to keep Callum entertained in the queues. To be fair to Callum and Millie, they were both very very good and patient in the queues. (Wondering how many times I can use the word queue or queues in one blog post?)

Unfortunately, that wasnt it for the queues (not done yet) as, because we had a pushchair with us, we had to queue for the one-person-and-chair-at-a-time lift to the metal walkway.

The dinosaur exhibition was interesting enough for little ones and had facts at their level to read and understand and Millie loved pointing out the dinosaurs. Stuart and I did feel there was room for a bit of updating with the exhibitions – but then the main museum is free so I guess to do so would cost money. However, I would like to see what the Dorchester Dinosaur Museum is like in comparison.

We had enough time to see the dinosaurs, mammals, creepy crawlies, marine creatures and fishes then just before leaving Callum and Stuart headed into this volcano thing but Stuart said we didn’t miss anything (it was up an escalator so Millie and I didn’t go up with the buggy).

We left the museum and headed to High Street Kensington, near the hotel where we had parked the car (£18 for 9 hours parking) to find somewhere for dinner. We were concerned that we wouldn’t find anywhere suitable to take the kids, being as it was pricey High St Ken and in our experience London restaurants aren’t the most accommodating for children but thankfully Stuart spotted a ‘My Old Dutch’ restaurant, a pancake restaurant chain. We had previously been to the Holborn branch and it was perfect for the kids.

After dinner, we went back to the car, got them in the PJs and drove home. All of us exhausted! 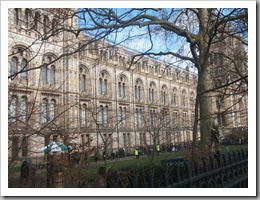 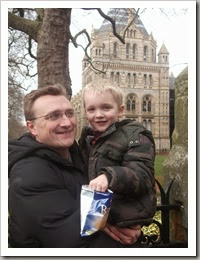 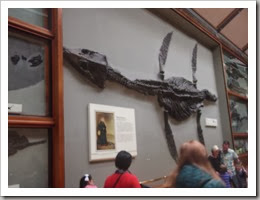 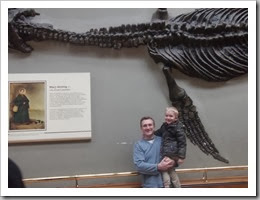 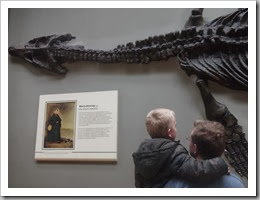 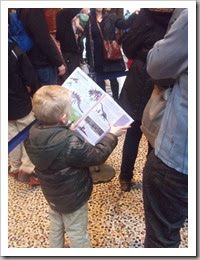 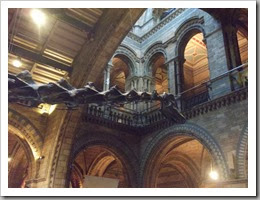 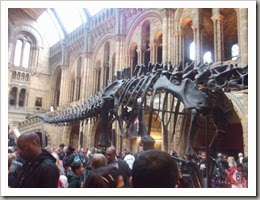 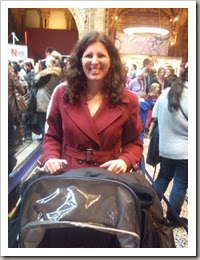 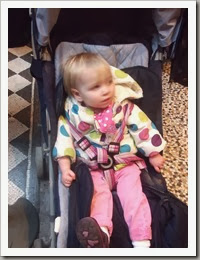 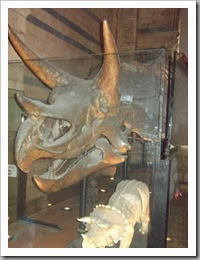 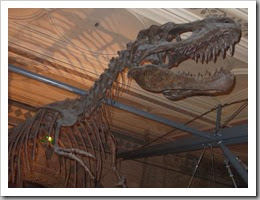 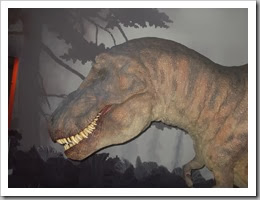 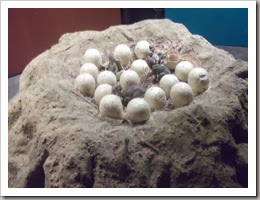 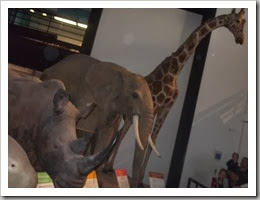 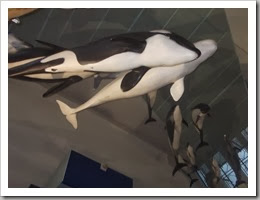 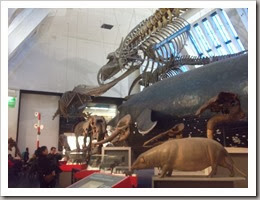 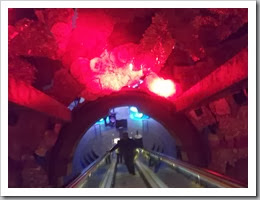