Once more I'm staggering round the house, 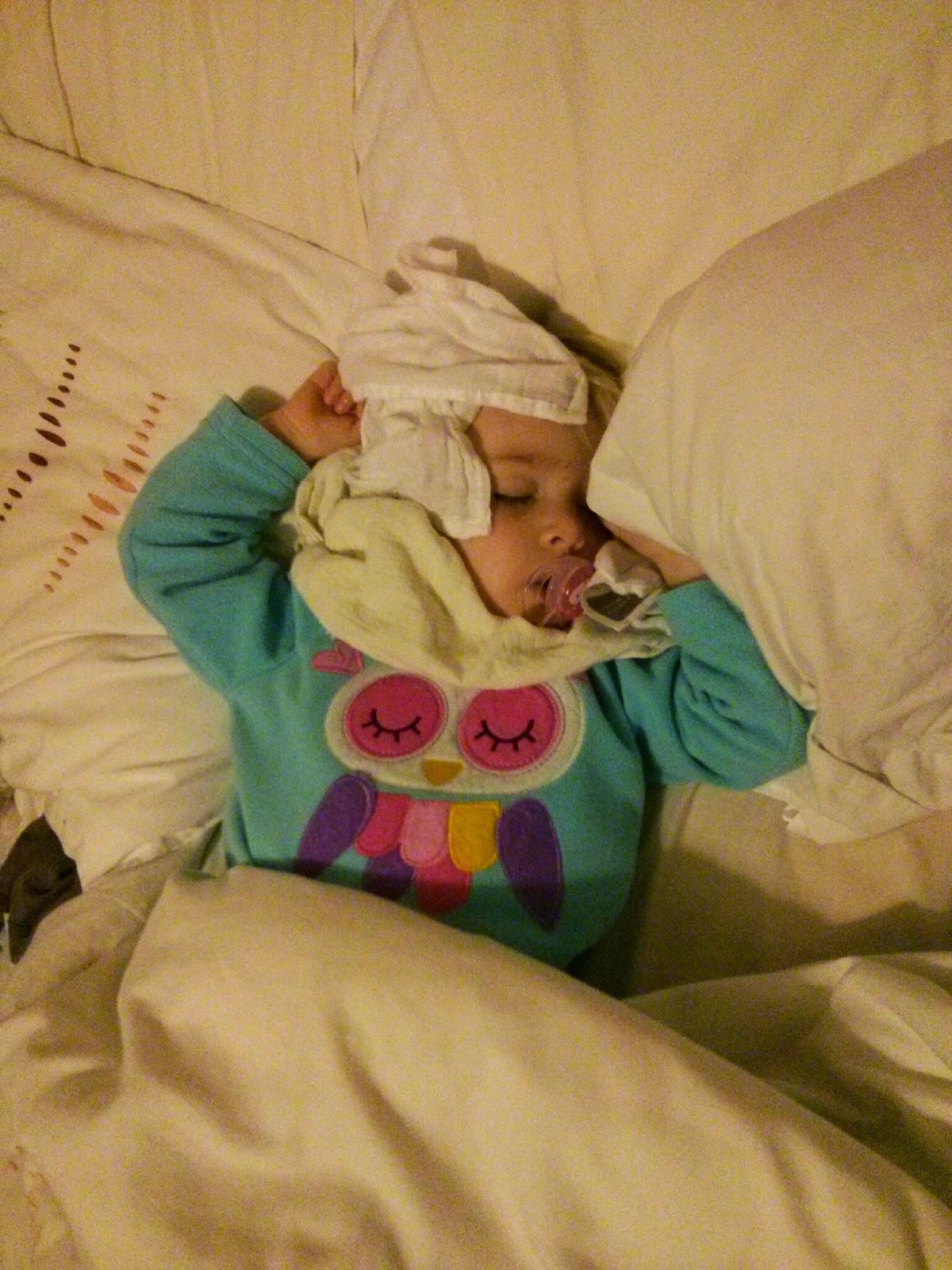 slurring my words and struggling to remember the day before but this time I can't blame the wine.

Now she will settle back again quickly once she is replugged with her dummy but a week ago on the second wake up, which could be anywhere between 5 and 6.30, she would come in to our room and look like she would settle but, instead, she would fidget and clamber all over me then eventually get out of bed trying to pull my hand demanding to go downstairs for breakfast. After a couple of nights of tough love and refusing to bring her into our room she started settling back down in her own room again.

The constant cough and congestion can't be helping much either though neither of these appear to be the cause of her waking.

I really hope we are near the end of the phase now otherwise the drunken stumbles will be the result of alcohol and not just the lack of sleep! 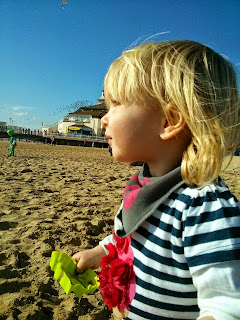  Since Millie was about 6 months old she has been full of snot! Pleasant, I know, but it's true. If I was to count up all the days when she didn't have a streaming nose since then, I'd say they would amount to about 10 weeks.

You may say "but she is a child and children are snotty" but this is more than what I would consider acceptable for a snotty child. Even Millie's nursery queried it with me and they thought she had hayfever.

Then just as we would be at the point of going to the doctor, she would clear up for a few days.

In July, on the advice of a health visitor I was working with, I rang my own health visitor. I didn't want to be branded a neurotic mother so was pleased my colleague felt it was worth a phonecall.

So I finally plucked up the courage to call and she wasn't there so someone took a message and she would call me back. But the phonecall never came and again Millie cleared up for a bit so I didn't chase it. She was due her 2 year check so I would wait until then.

She finally got her 2 year check in the October half term.

I explained my concerns to the Nursery Nurse, who got to see how snotty and dribbly she was and agreed what she saw and heard was excessive. This combined with the family history and her speech being on the slow side, it was definitely worth her making a referral to get checked out.

The appointment for audiology came without too much wait and we went last Wednesday.

I was intrigued as to how they would guage the level of a 2 year old's hearing as Callum was older (4) so could follow instructions better and play the people in the boat game they set up.

It was quite clever what they did with Millie.  They played a noise and showed her a cabinet with a light on and inside was an electronic puppet moving. Once she associated the noise with the puppet they tried to keep her attention playing with another health professional and then play the noise at different levels to see if she responded, looking for the puppet. She was a bit of a challenge as she kept looking at the cabinets asking for the puppets to come back rather than play with the lady but we got there and the test showed her hearing was reduced.

They then had to test whether it was her hearing that was damaged or just the middle ear functions (i.e. glue ear). This was more of a challenge as I had to hold a little probe behind her ear which she wasn't happy with but it was immediately obvious her actual hearing was working fine.

The final test was the tool they put in the ear to bounce a signal back that tests whether there is fluid behind the ear drum (again signalling glue ear) and we got the flat line as we expected we would, confirming the diagnosis.

It is common for children to have glue ear and it to clear up on its own so the test needs to be carried out again in 3 months. If still getting the same results, the child is referred on further.

Due to Millie's near constant congestion and speech, they made the referral straight away although she will still need the second check. The clinician felt it was important to get the ball rolling sooner rather than later.

I had read all the info when Callum had his grommets fitted so I know that Millie's ears could still get better and they rarely operate or take any further action until after they are three and usually over 4 so I expect she will still have a wait or maybe they will run more tests. After all, maybe she has allergies, no one has questioned that yet. However, at least we are on the books and she will be treated earlier than Callum.
Posted by Unknown at 22:45 No comments:

And so I'm back 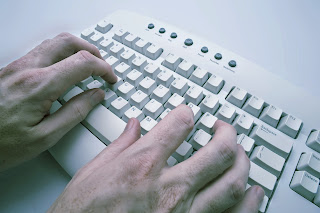 I'm sorry I've been away so long. I've missed blogging desperately. The break has shown me just how much I rely on blogging to deal with my thoughts and emotions - my mental wellbeing has suffered.

I'm not in a bad place but I'm a little out of sorts.

The reason for my break has been for a couple of reasons. Since starting work over a year ago I've struggled to find the time as, in the evenings, I'm often exhausted and the last thing I want to do is pick up a computer. Then, just as I was about to get back in to my swing again, my laptop died...Along with my phone. Technology and I have had a bit of a falling out. Not good for an IT trainer really, is it?!
But I'm back now and hopefully going to get my blog on again (did I really just say that?).

So, to bring you up to date, Callum is 6 and now in year 1 at school and seems to be getting on really well. Picked up an award this week for 'outstanding independent maths' - he counts constantly!  He goes to football with Stuart on a Saturday mornings and seems to be enjoying it. We have new neighbours down the road which had brought Callum a new best friend who loves riding his bike as much as Callum does and they are always out playing together of a weekend.

Millie is still a mischievous little madam and a stubborn mule to boot! Terrible twos are well and truly upon us. But she is so damn cute! She knows how to play us all. She is a performer and loves dancing. She is definitely going to be on a stage one day. She is the snottiest child I've ever known and we are back on the audiology, adenoids and grommets path with Millie following in callum's footprints but we are getting the ball rolling early this time.

There's so much to tell you about both of them so watch this space for more posts and plenty of cheers, tears & fears!
Posted by Unknown at 22:04 No comments: