I wasn’t going to blog about this but I think I feel passionately enough about it for it to pull me out of my blogging hole.

We all know (if you don’t, you bloody should so have words with yourself!) that we shouldn’t listen to anyone else who thinks they know what’s best for our children and feel it necessary to bully you into feeling guilty about something or other so I’m going to take a different approach and just blurt out my experience. You’ll probable be able to work out how I feel about the vouchers for breastfeeding scheme!

When pregnant with Callum, I originally wasn’t going to breastfeed. To me the idea felt so alien. The though of a baby sucking on your nipple just *shudder*. I had seen my friends struggle with it in different ways and it did nothing to appeal to me. Yes, I knew that breast was best but formula hadn’t killed me either. I was always a very healthy child (and pretty healthy adult), I wasn’t an overweight child or fit any of the other ‘risks of formula feeding’ threats they threw at you so formula was going to be fine for my child too.

Then Stuart found out and he really didn’t understand my decision. In his eyes, why wouldn’t you breastfeed? It was free….it would provide our child with invaluable antibodies and other health benefits. If he could do it, he would, no question. In the end I agreed I would try it for a day and take it from there.

I wrote on my birth plan that I would try breastfeeding but would rebel against anyone who pushed me!

Callum arrived a little early (3.5 weeks) - I tried to breastfeed but was explained that because he was early he may struggle to suckle at first. This was true, he did and I spent much of the 4 days I spent in hospital trying to get him to breastfeed, distraught that he wouldn’t latch, learning what it felt like to be a milking cow when shown how to use the hospitals electronic breast pump to express the milk out. Not helped by the baby blues hitting during that week and no one warning me.

The hospital midwives respected my birth plan and didn’t push me…in fact, I felt I could have had a bit more encouragement (no pleasing some people eh?).

Finally, on my last day, I managed to successfully feed Callum but only on one side and expressing the other.

When I left, I continued to breastfeed on the left and express on the right. I’d heard of support groups but I didn’t have the confidence to go to them. Because I’d heard of people’s negative reactions to breastfeeding in public, I had no confidence in doing so and would hide in toilets when out, especially in restaurants. Eventually I’d try to make the feed out a bottle of expressed milk and then express when I got in. By expressing every other feed, I wasn’t getting the full benefits of the breastfeeding experience as I was still washing and sterilising the bottles. At night, I had to feed off my left breast and then put my sleepy baby back to sleep which I desperately wanted to do too but instead had to stay up and express.

I quickly found out, breastfeeding hurt! And not because there was anything wrong with my latch. In those early days, while your nipples get used to this strange vacuum like suction a dozen or more times a day, you will experience a pain like hot needles shooting down your nipple that makes your toes curl. Your fight or flight kicks in and it takes all your power not to rip the baby from your nipple. Your poor week nipple may get sore (and yes this may be from poor latch too). I went through the pain of sore nipples and quite quickly lansinoh became my saviour.

Other things I wasn’t told about breastfeeding was that they cluster feed in the evenings. They have growth spurts where they would literally want to stay on your boob all evening! This was normal! Go with it!

I lasted about 4 weeks with a slow wean taking it to 6 weeks.

In the time between Callum and Millie I’d learnt a lot more from friends about what was ‘normal’ when breastfeeding. So, by the time I was pregnant with Millie I’d decided I wanted to try again and I really wanted to try to breastfeed for longer than 6 weeks. I would go to support groups, I would seek help if I needed it and I would try my hardest to get my baby to feed of both breasts.

I’d hoped for one of those babies that came out knowing exactly what to do, latching on and away we would go but Millie still needed to learn how to latch on and so did I.

Early on, the midwives and health visitor were very supportive, helpful and not at all pushy. They put me in touch with the breastfeeding counsellor at the hospital who came to see me and set me up with an electronic pump for a few weeks (they were only permitted to lend it out for a while) along with little bottles for collecting the milk and a syringe.  She gave me lots of tips and was just lovely.

I had heard about nipple shields and had bought some in preparation! The BF Counsellor explained the benefits and risks and agreed it was worth me trying. She showed me how to use them and recommended, after a while, breaking the seal and removing it to encourage Millie to feed straight from the nipple. Thanks to these incredible inventions I managed to get Millie to feed (after quite a bit of work) off both sides. After a couple of weeks of using them I ditched the nipple shields.

My left nipple got a little sore again but quickly recovered but my right? Oh My God!!!! I had an open sore that shocked and scared me. It also got infected. Yet I tried to feed through it. The night times were the hardest and many a time Stuart would wake up to me in bits because I was in incredible pain but feeling helpless with what he could do for me. The nipple shields made a return but eventually they were starting to rub and make the pain worse.

I went to a Bossom Buddies group at the local children’s centre and had my latch checked and confirmed it was fine. Still I had pain due to the open sore on my nipple. I went for a few weeks but a number of the mums that went regularly were from the same antenatal group (being second timers in a new area, I didn’t have the support of an NCT group like the first time) so everyone seemed to know each other and their babies were about the same age. It made it intimidating to try to break into that group. No one shared their stories as to why they were there so you saw happy successfully feeding mums feeding their babies so I didn’t feel I really fit in and stopped going. The breastfeeding counsellor was nice and helpful though and I was able to borrow (for free!!!) an electronic breast pump for a while so I would still say it was worth going. I probably should’ve looked for other local groups.

I was recommended Jellnet and the BF counsellor agreed it was worth trying to encourage healing. I was given fungal cream to try to remove the infection. I continued to feed but the healing process was very very slow.

At 6 weeks, I acknowledged my incredible achievement at managing 6 weeks and beating my target, as well as succeeding in getting Millie to feed off both sides, but decided I couldn’t take the pain any more and I would start weaning to formula. However, after a week of one bottle of formula and the rest still breastfeeding I noticed my nipple started to finally heal…so I continued with this routine!

Then Millie started refusing the bottle! Once more I was breaking down in floods in the middle of the night as she refused to feed. After a very stressful weekend away, I decided that as my nipple had healed I would return to fully breastfeeding. By this time, I’d made it to 8 weeks. She had a few nights of waking up more frequently but then seemed to settle again.

Because of all the ups and downs of feeding, within the next couple of weeks I decided to wean to bottle again and the intention was to bottle feed during the day and breastfeed at night but she soon went back to refusing the breast altogether. The slow wean had turned into a flat refusal.

I know I gave it a bloody good shot at breastfeeding with Millie. I achieved so much and managed over 11 weeks. I’m proud of this. Yet I still look back and beat myself up as tears come to my eyes that I gave up.

“I shouldn’t have swapped the feed, I should have continued through the pain. “

No one makes me feel guilty but me. I can step back and I know I made the right decisions for us throughout that time. I know I couldn’t have continued in the amount of pain I was in without something having to give. Before Millie, I would have told anyone else that they should no way feel guilty for making such a huge effort and I would tell them I am sure I wouldn’t have managed so long if it was me in that pain. Stuart no way blames me and I  know he found it hard dealing with the pain I was in. He was shocked to discover the first time with Callum, how much it hurt and when he made his “why wouldn’t you?” argument he was unaware of how tough it could be. I can think logically about the whole situation but the day I started breastfeeding some magic switch was put in my brain that meant when I stopped I was programmed to feel guilty about it.

Despite being told it shouldn’t make a difference as it’s ‘breast’ feeding not ‘nipple’ feeding but I do suspect the fact I had inverted nipples were a contributor to the pain I felt and the sores I got. Even if the baby is latched onto the breast the nipple is still sucked out.

So…do I think vouchers would’ve changed my actions? No I don’t! Do I think other mothers should be made to feel guilty for not breastfeeding for 6 months or choosing not to breastfeed at all?  No I bloody do not! And for those that really want to but can’t for a million and one different reasons…if this makes me mad, how does it make those poor women feel?

If I was to have another child (which I’m definitely not going to) would I breastfeed again? No, I don’t think I would but I don’t regret it with Callum and Millie. I wouldn’t change that!

Just my experience and my opinion. Please don’t let my experience put you off. If you want to breastfeed or experience trouble breastfeeding yourself, I can’t recommend enough reaching out for support- whether that be groups or health visitors or breastfeeding counsellors. I’ve known friends who have gone through similar pain but gone on to happily and pain free feed for over 6 months. I’ve also known loads of people that were lucky in that they breastfed and from day one didn’t experience any discomfort at all. We are all different and everyone’s experience is their own. 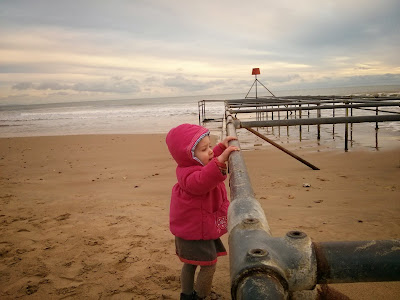 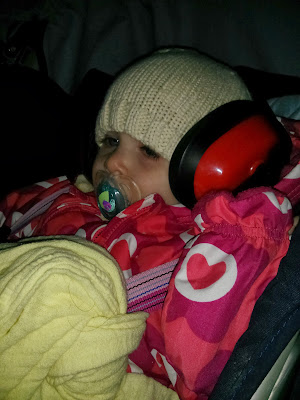