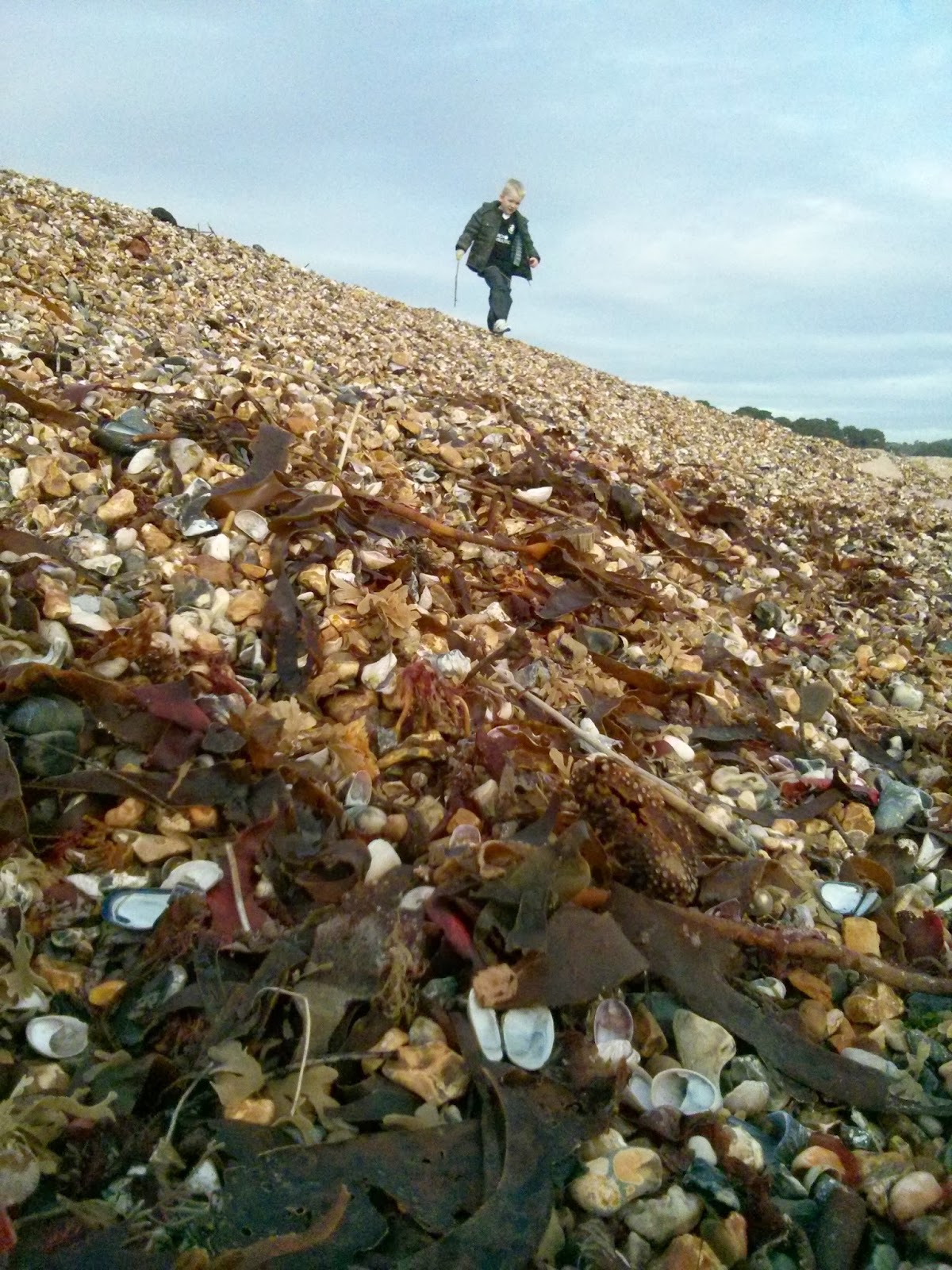 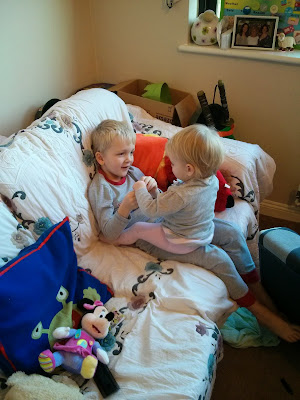 She did it! She bloody did it! At 16 months and 22 days, she found the confidence to take those unaided steps! SHE WALKED!!!!

She loved it and got so excited at her new skill.

Millie found her feet quite young, she loved her legs and for months she has been making us walk all over the place while holding her hands. For this reason, we were convinced she'd be an early walker. But when no walking unaided, or even standing unaided, followed, we resigned ourselves that she was going to follow in her brothers 'last minute' footsteps. In fact I think she is a big tease! She leads you down a path that she will achieve a milestone early then it never materialises. She rolled when she was 12 weeks and then hardly ever rolled again. She took forever to bum shuffle and then started a half crawl, half bum shuffle around 14 months.

Now, with Millie being our second child, we have learnt that children will do things in their own time so we haven't been pushy or even wishing it along, we just wanted to be encouraging towards her next development but she would get us all excited and then never provide. My daughter is no 'completer-finisher' that's for sure! (sorry, you can tell I'm a trainer!)

Even though she was keen to walk around holding our hands, it took some time before she would trust using a walker. Then recently, she started pushing Callum's toy pushchair around with her baby in it which was a big improvement in her confidence. 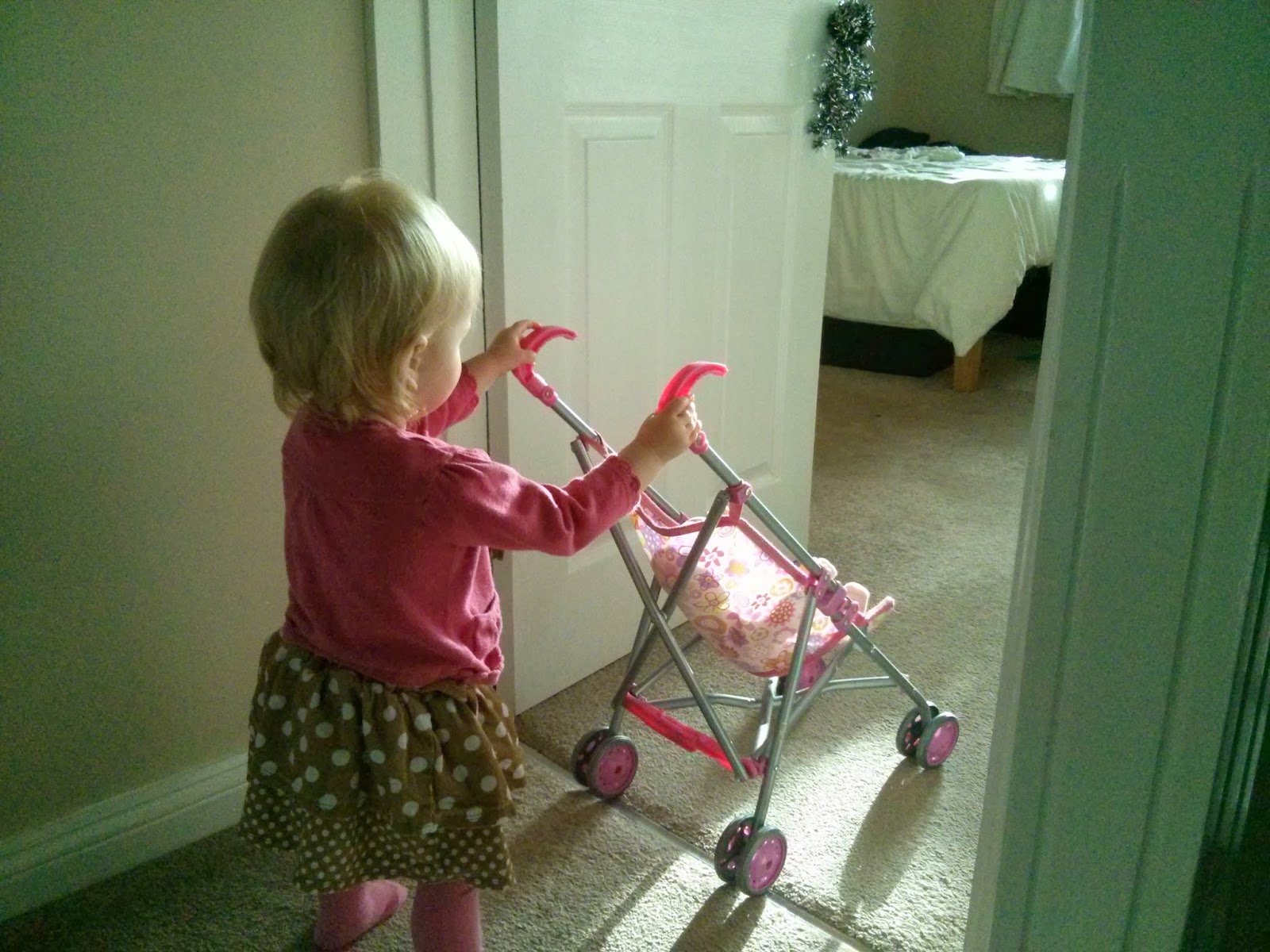 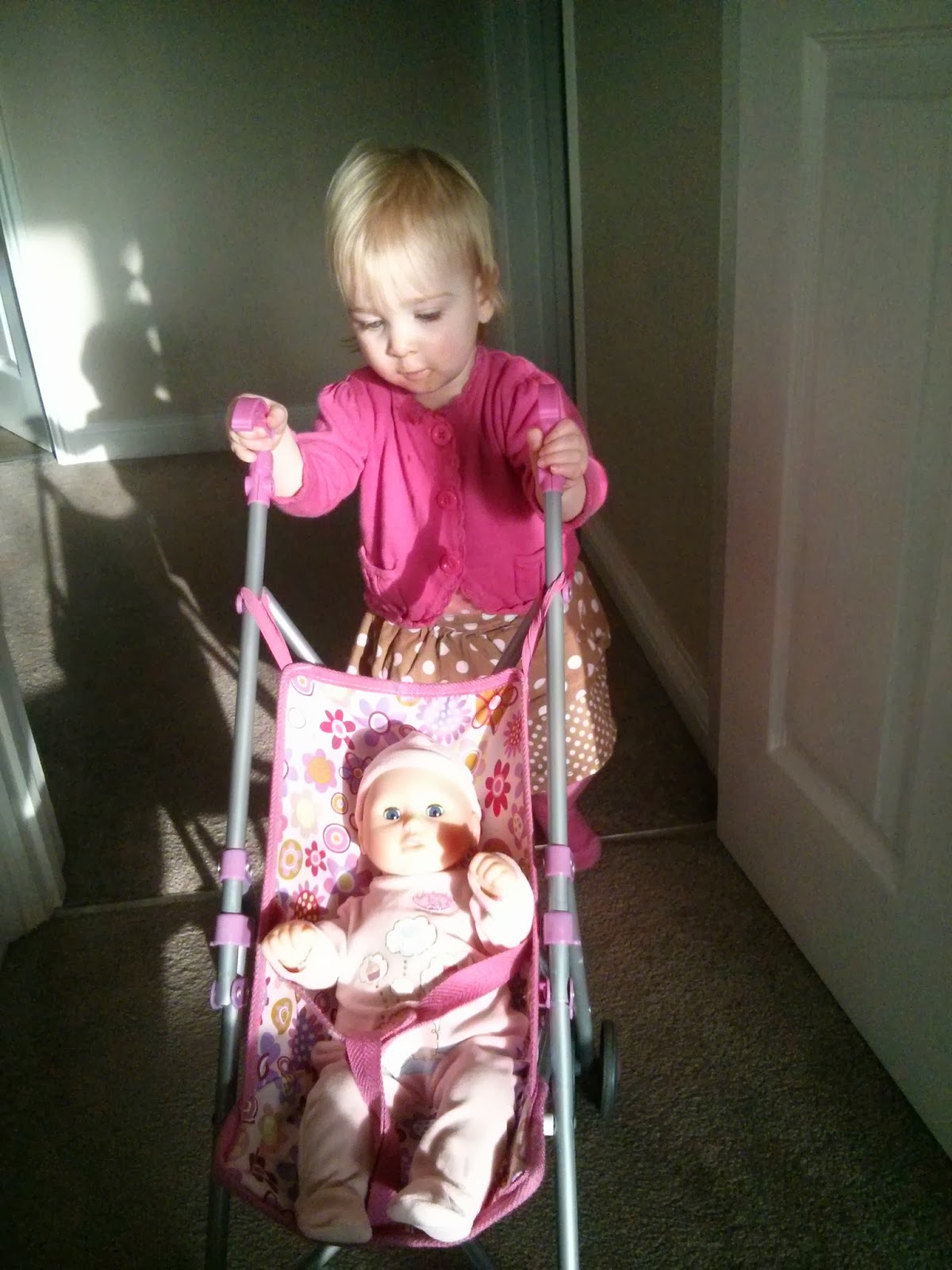 We would try to make a game of letting go of her hands to see how long she would stand on her own but as soon as you would let go of her hands she would buckle her knees. Then recently she seemed to understand that the game was to half walk and half fall from us to the nearest object (like the sofa) and yesterday she seemed to want to play so I let go of her hands and she took a few steps into the room before falling on her bottom. Then, to my amazement, she tried to stand up on her own - I quickly got my phone out to start recording and this is what happened next:

Well done our clever Millie - no stopping her now. You have a very proud Mummy and Daddy!
Posted by Unknown at 13:40 2 comments: 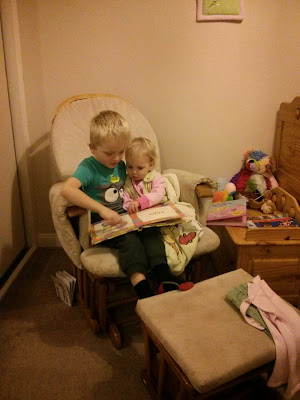