Its getting to that time of year again. Christmas! I blogged about my thoughts on Christmas over on t’other blog which is here if you want to read it.

Like the majority of children that celebrate this time of year, I loved Christmas growing up. When my siblings and I were kids the excitement started on Christmas Eves when we would have a bath and get dressed in our brand new Christmas ‘jimjams’, eat our chocolate money in front of the Christmas tree while my Mum took her annual catalogue of photos for the Christmas album.

Then we used to go to bed nice and early (had to be before midnight or Father Christmas wouldn’t come) and lay there willing ourselves to sleep so he wouldn’t pass our house by but the excitement being all too much.

On Christmas morning, it would be a competition to see which of my brother, sister or I could wake up first and whoever it was would run into the others’ bedrooms shouting “he’s been, he’s been” wielding our stockings. It used to really annoy me that I could never wake up first and my brother or sister always used to win until the year, I finally woke up first…but because my brother and sister are 7.5 and 8.5 years older than me, respectively, by this stage they were well into their teenage years and used to start the ‘cheer’ on Christmas eve and lay in as long as possible on Christmas morning. So there’s me running in to wake them up and they weren’t bothered any more and shooed me away!

Then, as we all grew up and moved away from home, Christmas lost a bit of its magic for me. Instead of sharing it with my family I chose to share it with my friends and/or my boyfriend for a few years.

But now that magic is back – now that we have our own children. Especially this year, as Callum will be 4. Christmas meant something to Callum last year, he got the excitement and Father Christmas but this year is even better because he remembers last year and knows what is about to happen again. On top of that, he has a baby sister to share it with – not that Millie will have a clue what is going on or will remember for next year.

We have already taken Callum to see Father Christmas. We took him to see him at Stewarts Garden Centre in Somerford, Christchurch, yesterday. It was the first year that Callum hasn’t been scared of him. He was a little shy but he stood there on his own in front of Father Christmas (we were about 2 ft away in the room with him) and nodded to all of his questions. He happily went to sit next to him for a photo and said “and then you’ll come to my house” as we were leaving. He voluntarily spoke to Father Christmas! This is huge! Callum was absolutely thrilled with his helicopter present too!

Aside from the bar humbugness of the Christmas shopping (which I’ve very nearly finished thankfully) and the fear of whether I am going to survive cooking Christmas dinner for 11 (6 adults, 2 older children and 3 younger children), I can’t wait for Christmas day and seeing Callum’s excited eyes once he has seen Father Christmas has been, eaten his mince pie and drunk his Baileys (yes, Baileys in this house!!) and filled his and Millie’s stocking full! 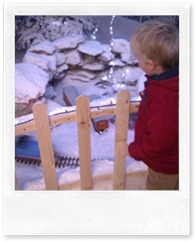 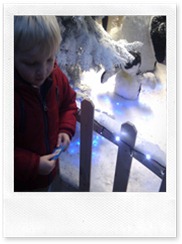 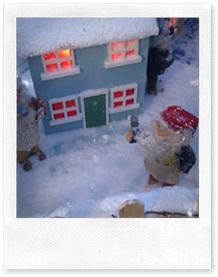 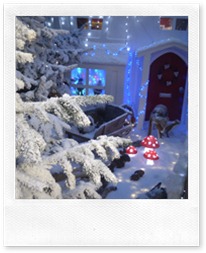 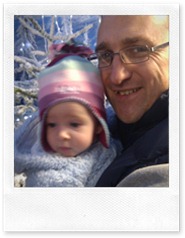 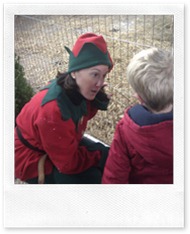 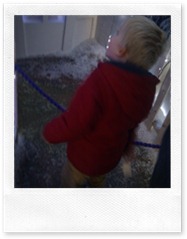 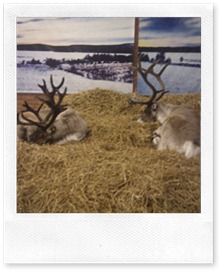 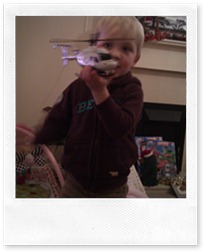