Where did my imagination go? Which rotten imaginary monster stole it from me?


When I was a child, although shy and more the one to be bossed about in imagination role play games with friends "Debbie, you're the big bad witch, you have to chase us", I did have and I did use my imagination when I was given the opportunity. I used to like writing children's stories and I played for hours with my Cindy dolls and My Little Pony stable. I took drama at GCSE and dreamed of being an actress when I left school.


When I had my children, I saw myself encouraging them to dress up and thought as they grew old enough I'd put on plays with them.


So what happened? Where did it all go?


Stuart is great at sitting down with Callum to play action hero games with him. Although it doesn't happen often, I love watching them play together. 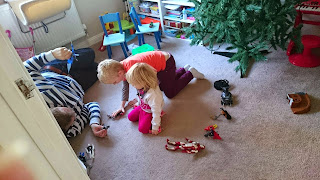 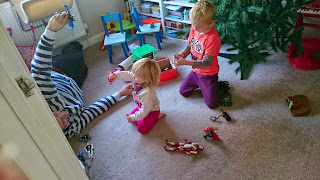 I encourage Callum to use his imagination by asking him questions, like "where do you think that plane is going?", and then building on his answer and I do similar with the stories he writes but when it comes to role play games I can't do it.


And this is me, the L&D professional who loves a good role play session when it comes to interview skills or coaching skills.


If I can do it in my professional life, why can't I do it with my children?